WELCOME to CS Recording, the digital studio owned and operated by musican/producer/engineer Simon Larkin. Located in the quiet town of Tomelilla in Southern Sweden, CS Recording utilizes the latest technologies while still embracing techniques from the golden age of music making. Comfortable surroundings, including a private outdoor courtyard, provide clients with a peaceful place to relax, create and be inspired. Most importantly CS offers quality service at an affordable price.

Scottish born Simon Larkin is a lifelong musician who started on classical guitar at the age of 7. From there he eventually moved on to a successful career as a bass guitarist in London, performing with bands and working as a session player. After spending many years of his life in recording studios he finally decided to open one himself. He speaks both English and Swedish.

Jonas Carping is an independent artist based in Lund, Sweden. Jonas has released two studio albums – solo debut “All The Time In The World” (2012 CD/Digital) and “Cocktails & Gasoline” (2015 CD/Digital). Jonas is now releasing his third studio album “Strangers” in September 2020 and the single “Fault In Your Stars” was released on July 7th 2020. “Fault In Your Stars” is a collaboration with Amsterdam guitar player Michiel Oskam who also wrote the song. It was recorded live in the studio of Scotsman Simon Larkin residing in the heart of the south of Sweden. Simon is a former session musician now running his own studio – Larkin CS Studios. Jonas and Michiel wanted to keep the recordings and arrangements as raw and naked as possible. And Simons studio was the perfect place for this. It was a truly inspiring environment focused simply on the pure love for music. It is very hard to produce something this simple in terms of arrangements. Naked is harder. But also more beautiful and meaningful when it all comes together. 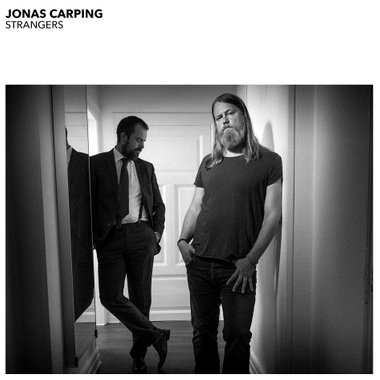 What started as a call for help with the lyrics to a song quickly developed into something much bigger for the lead-singer, guitarist and composer Albin Hane and background-singer/lyricist Albin Nerman, the duo behind the name Rational Fools. Both born and raised in Ystad, Sweden, A&A met through handball-practices and have been friends for almost a decade.

Hanes’ interest in music started, according to himself, when he fell asleep to the tones of B.B. King while being a baby. While he’s always had an ear for harmonies and melodies, he struggles with the lyrics, which is where the second part of the group steps in. Nermans’ interest in music builds on the lyrics but also in the way that the stories are told, both through singing but also through other musical expressions.

The key to the sound lies within the mix of these elements; A story told over a landscape of sounds and melodies, both from natural instruments and synthesizers. Old meets new. Musical influences tend to change from day-to-day, but a few constants can be found:

Bruce Springsteen. Because no other person can tell a story like him. David Bowie. Because of his boldness and character. Prince. The greatest musician of the modern world. The 1975. Because of their ways of combining the sounds of the 80s with the modern age. Patti Smith. The queen.

On working with Larkin: Simon was the guy who took our songs to the next level. He understood our vision, what we wanted to sound like and helped us get the songs from homemade-demos to full-on studio recordings. While not failing at seeing the small details, he taught us to look at the bigger picture and listen to the song as a whole. We’re lucky to work with Simon and hope that we can come back and record some more songs further on. 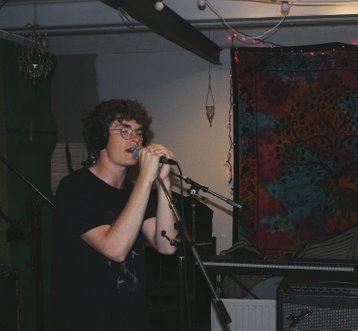 All pictures taken by Smilla Roxenius 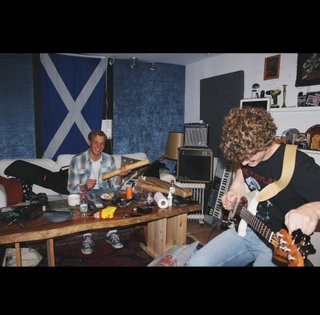 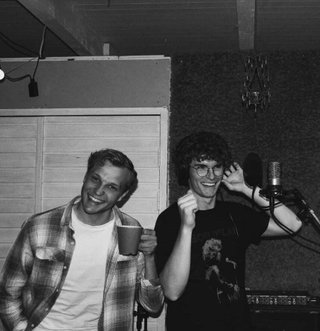 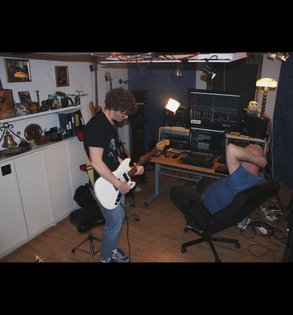 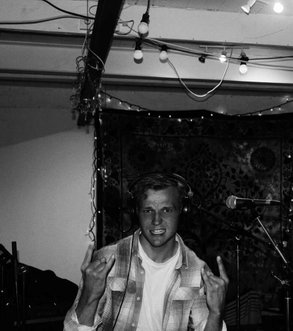